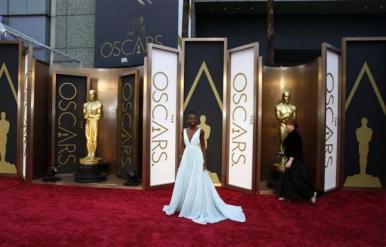 Lupita Nyongo’s image was recently altered in Vanity Fair magazine to lighten her skin tone. But as you can see in these photos, she’s absolutely beautiful just as she is. And she won an Oscar for Best Supporting Actress! For a black woman to win this award, and receive glowing reviews for her dress, says that Hollywood is inching closer to acceptance of black women as just as beautiful and talented as their white counterparts. The fact that “12 Years a Slave,” a film about slavery, won for Best Picture says a great deal, as well.