A strong rule to limit carbon pollution from power plants is one of the most important things that President Obama can do to fight climate change.

END_OF_DOCUMENT_TOKEN_TO_BE_REPLACED 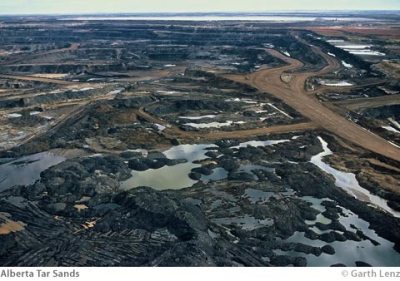 We have one last chance to officially tell President Obama not to approve the dirty Keystone XL tar sands pipeline.

END_OF_DOCUMENT_TOKEN_TO_BE_REPLACED 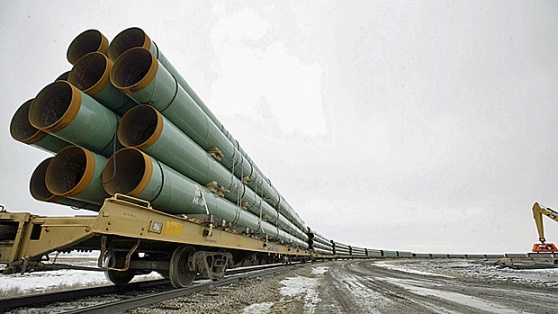 Even with a president who recently professed a lofty goal of getting all cars off of oil, even with one of our stronger climate hawk senators as the new secretary of state, the State Department still released a joke of an environmental assessment of the Keystone XL pipeline, taking us one big step closer to approval of this project that should be a no-brainer of a rejection.

END_OF_DOCUMENT_TOKEN_TO_BE_REPLACED

Tanya’s Comments: The article goes on to describe a time in the far future in which who ever is left standing will ask why the most powerful nation in the world, the United States, permitted “a cabal so xenophobic, so vehemently anti-science, to dictate climate policy.” I love how the author refers to the Republican Party as a cabal. It’s quite a strong term, but frighteningly fitting.

The ones left standing won’t care about the details of 21st century politics- they’ll lack the luxury of such musings. Instead, they’ll worry about their ever declining quality of life. They’ll look out at a mutilated, defaced environment that can barely sustain life. And they’ll be angry. They’ll be angry at Republicans (inc. the Tea Party) for choosing religion and money over science, common sense, and compassion. And they’ll be angry at everyone else for allowing Republicans to have their way. They’ll say, “Why did they do this to us?”

When Historians in 2100 look back at the events of the early 2000’s they will conclude that the most profound and far-reaching characteristic of the political gridlock in the United States during that era wasn’t either party’s position on taxes, Social Security, Medicare, immigration, guns, gay marriage or abortion, but rather the reflexive dismissal by the Republican Party of anything preceded by the letters “U.N.”

Writing on virtual, evanescent screens in their air-conditioned enclaves, situated well above saturated coastal regions teeming with desperate populations, they will ask themselves why any nation–let alone the world’s wealthiest–would permit a cabal so xenophobic, so vehemently anti-science to dictate climate policy at a time when the whole of human civilization stood dependent on concerted, cooperative action. They will ask why any nation would have empowered those whose sole objection to scientific truth boiled down to the fact that it was presented to them by…

This graph shows that the cost of solar power has declined substantially over the past few decades. You can click on it to see it more clearly. I found it on ThinkProgress.org via LeisureGuy’s blog.

This leads me to wonder: Are we at a point in history in which the U.S. may finally start taking alternative energy seriously? Many countries already have, but in the U.S. there is still tough resistance to it from Republicans and the business community, especially the oil and natural gas industries. Pres. Obama has tried to pass laws that put restrictions on these businesses to force them to decrease their pollution and their heavy use of fossil fuel, but such efforts have had mixed results.

I’m hoping that when businesses and individuals realize that the cost of solar power has gone down, they’ll be more willing to give up the old way of doing things. Until alternative energy becomes more cost effective than fossil fuel, very few Americans will be willing to use it.

Polar bears and other Arctic wildlife will lose their habitats, and ultimately their lives, without intense public pressure on Pres. Obama and Congress to block Big Oil from doing more damage to the environment.

America’s Arctic is ground zero for climate change. The indicators are everywhere: Permafrost is melting, shorelines are washing away, and record low ice cover is forcing polar bears and other Arctic wildlife to struggle to survive.

To add insult to injury, Shell and other big oil companies want to begin drilling in the Arctic Ocean. This would release an additional 15.8 billion metric tons of carbon dioxide into our atmosphere.

Shell’s long list of setbacks and failures over the past year — coupled with the extreme risk for oil spills and further climate destruction in an already-fragile ecosystem — provides overwhelming evidence that the oil and gas industry is not prepared to operate safely in the Arctic Ocean.

President Obama, your climate legacy starts by saying no to Arctic Ocean drilling.

Let’s hear it for the Koch Brothers! (And their ilk and minions.) 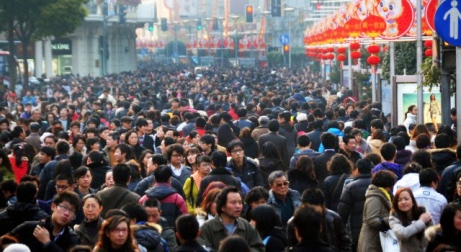 It’s been so hot in China that people are grilling shrimp on manhole covers, eggs are hatching without incubators and a highway billboard has mysteriously caught fire by itself.

The heat wave — the worst in at least 140 years in some parts — has left dozens of people dead and pushed thermometers above 40 degrees C (104 F) in at least 40 cities and counties, mostly in the south and east. Authorities for the first time have declared the heat a “level 2″ weather emergency— a label normally invoked for typhoons and flooding.

Extreme heat began hitting Shanghai and several eastern and southern provinces in early July and is expected to grip much of China through mid-August.

Shanghai set its record high temperature of 40.6 C (105 F) on July 26, and Thursday’s heat marked the city’s 28th day above 35 C. At least 10 people died of heat stroke in the city over the past month, including a 64-year-old Taiwanese sailor, the official Xinhua News Agency said.

“This is the future. Get used to it,” Andrew Dressler of Texas A&M University told The Associated Press by email. “You often hear people say, ‘Oh, we’ll just adapt to the changing climate.’ It turns out that that’s a lot harder than it sounds, as the people in China are finding out now.”

For more on this story, go to Black America Web.

Earlier this month, Google hosted a $2,500-a-plate fundraiser for one of the world’s most powerful climate change deniers, Senator Jim Inhofe.

And just two weeks before that, Google poured $50,000 into the coffers of the Competitive Enterprise Institute, a right-wing think tank that is also funded by the likes of the Koch brothers and ExxonMobil to put out faux “studies” that are used by policy-makers to deny climate change exists.

Simply put, Google is actively helping to fund the re-election of a senator who dismisses climate change as a “hoax”, and who even goes to far as to say that global warming, should it exist, is actually good because it adds to our economy.

Google’s support of CEI is just as harmful; the institute once ran ads saying that carbon dioxide is a positive factor in the environment and is best known for arguing that global warming is not a concern. CEI also launched multiple lawsuits aimed at discrediting the science behind climate change.

This is ridiculous! Almost all scientists agree that global warming/climate change is real and is happening as we speak. There is an enormous amount of data supporting global warming, and more being amassed daily. So why is Google doing this? Maybe to secure kickbacks from the ultra-wealthy, be they climate deniers or not. Either way, what they’re doing will have a detrimental impact on the environment. Let’s tell them that we know it’s wrong.