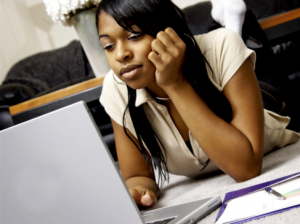 It’s too bad that it has taken tragedy after tragedy for America to start acknowledging and talking as a nation about the consequences of rampant and overlooked misogyny. Just because American women aren’t forced to  cover themselves from head to toe in public doesn’t mean that there is no sexism in this country.

Tons of respect to the women speaking out on Twitter. Let’s do it here on WordPress, too! Be part of the movement!

Rodger vowed to slaughter the magazine-beautiful blondes who didn’t want to have sex with him. He posted rants in online forums where — surprise, surprise — that kind of misogynistic bile was unremarkable and other men ratified his hatred.

Women heard Elliot Rodger. And they began flooding Twitter by the hundreds of thousands with their responses, using the hashtag #YesAllWomen.

“I’ve spent 19 yrs teaching my daughter how not to be raped,” one mother tweeted. “How long have you spent teaching your son not to rape? #YesAllWomen”

“Because I wasn’t ‘asking for it’ when he hit me,” another tweeted, “and I shouldn’t have to defend myself a decade later. #YesAllWomen

I don’t use Twitter, but I’d like to contribute to this important movement and national conversation. Here’s a personal experience of my own: As a college student, I feel increasingly unsafe at school, even before this recent shooting, and worry about being raped on campus. Last semester, I had to take a night class and felt terrified every night after class that something would happen to me. I shouldn’t have to be afraid of walking through my own campus, but I do.