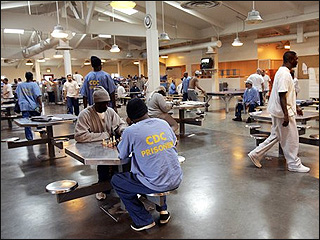 The last few months have issued several potent reminders that racism still pervades our criminal justice system, as even some prominent and powerful American black leaders publicly professed that they had to warn their young sons about police profiling.

There is still a sizable group of Americans that say that there is no more racism. They point to our Black president (who is actually half-Black), and note that Blacks aren’t being hanged anymore. But as Blacks and other minority groups know first-hand, there is indeed still racism.

In some cases, it has simply taken a disguised form. For instance, if you are a minority student, it is likely that your teacher assumes your grades won’t be as high as your white counterparts. He or she won’t say it to your face- that kind of blatant racism in no longer as acceptable as it once was. That it is not acceptable to say, however, doesn’t mean it is not thought. And if it’s thought, it’s likely to have an influence on how that teacher grades minority students.

There are some cases in which blatant racism is still allowed, but hushed up in public. Though this racism is more visible, the taboo of verbalizing it allows some White people to escape knowledge of it’s presence. It also allows those who are the perpetrators of it to deny its presence.

The unfortunate result of all this is people not realizing how bad racism still is, especially in the criminal justice system.

The article cited above offers hard data on what goes on in our justice system, hopefully educating and prompting all of society to have more dialogue about racism and its present-day impacts.

The United States imprisons a larger percentage of its black population than South Africa did at the height of apartheid.

Black men born in the United States in 2001 have a one in three chance of being incarcerated at some point in their lifetime, according to Department of Justice statistics.

Blacks are four times as likely to be arrested for marijuana than whites, even though they use the drug at similar rates, according to an analysis of federal data by the American Civil Liberties Union published earlier this year.

For more, go to ThinkProgress.org.